The Swedish Royal Palace is the official residence of the Swedish Royal family.  It is comprised of more than 600 rooms on seven floors, making it one of the largest palaces in Europe.

This landmark building is used for official ceremonies and is open to the public. Visitors can enjoy a 45-minute tour of a portion of the palace. 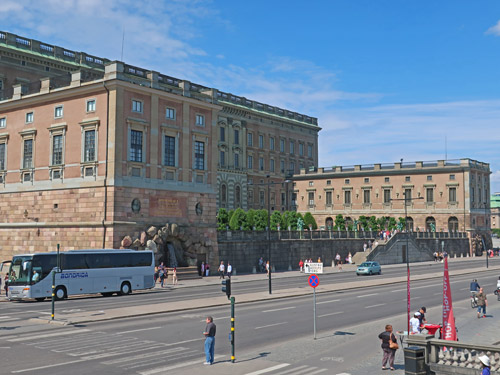 The Stockholm Palace is also home to three museums:

This famoous city landmark is sometimes called the Stockholm Palace or "Sveriges Kungahus" in Swedish. It is located in Gamla Stan, the Stockholm Old Town.